Do you guys watch “How I Met Your Mother”? This is one of shows I’ve actually seen rerun after rerun of and it’s always hilarious! I especially love how the character Robin plays up the Canadian stereotypes ;).  The actor that plays Robin, Colbie Smulders will be gracing the cover of Fashion Magazine for the April issue. I asked Ashley to give us the scoop! 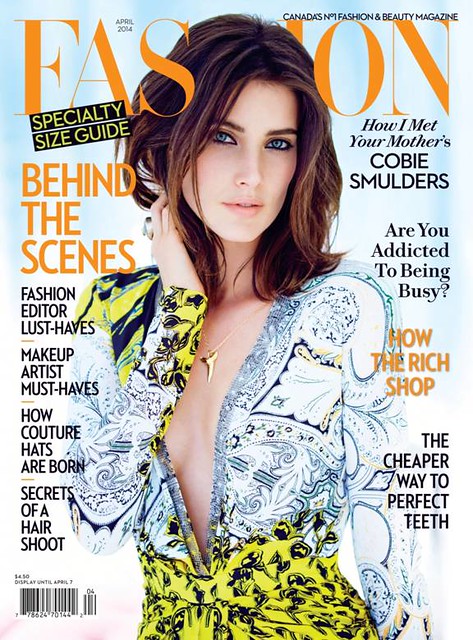 Personally, I’m a huge fan of Cobie Smulders! For me, she is a prime example of breaking gender roles for women. Here’s a lady that can make us laugh (howdy Robin on HOW I MET YOUR MOTHER), make us cry (has anyone seen SAFE HAVEN?) and kick some serious butt (she’s Agent Hill from THE AVENGERS). Lucky for us Canadians, she’s the April 2014 FASHION MAGAZINE cover girl! We couldn’t have a better Canadian face to grace the cover.

In the magazine, Smulders gets personal about her show business start, future aspirations, and patriotic roots. 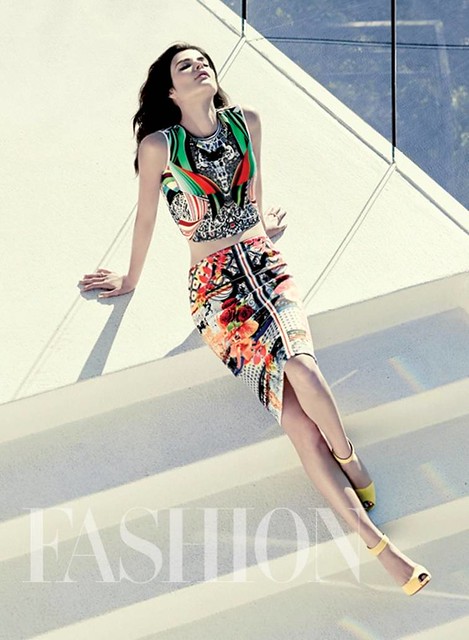 Here’s a few excerpts from her interview with FASHION MAGAZINE:

On choosing her role on How I Met Your Mother:

“I had to choose between three projects…I decided to go with How I Met Your Mother, which was the best call. I would’ve been so pissed off if I had gone the other way, don’t you think?”

“Robin started off not being the funny one…at the beginning, she was the girl that the guy wanted. She eventually went through some emotional growth.”

On the type of role she’d like to play in the future:

“I never want to lose my Canadian-ness…and when I say Canadian-ness, I mean down-to-earth. I like being able to not take myself seriously and to not feel entitled.”

I have to say, Smulders sounds immensely normal! She seems to embody all the traits that make us uniquely Canadian! I’m definitely a fan. I’ll be picking up an issue of April 2014’s FASHION MAGAZINE (available March 17th). Will you?

Ashley is the founder of chic.toronto, a website that deals with everything from style picks to health tricks, and recent lit to beauty kits. A classy lifestyle blog, come catch up on ‘beauty.film.health.life.lit.social.style‘, all in one place.