If you remember her gorgeous mother – Jerry Hall was a regular at Thierry Mugler’s couture shows, in fact she was ANGEL’s  muse from 1995 to 1997.

Georgia May inherited her beauty and glamour from her mom and her rock attitude from her father, the legendary Mick Jagger. She brings this edgy attitude to the ANGEL image, for the first time. Like this iconic fragrance, Georgia May shakes up the established codes, with a natural, yet sexy rock n’ roll style. 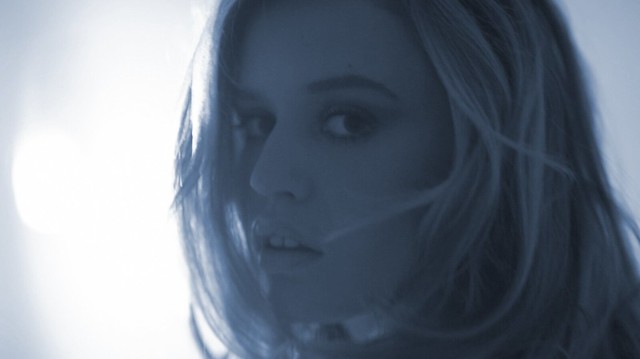 ANGEL is very connected to my childhood, and it continues to fascinate me as much as ever. It’s very exciting to become the new face of the ANGEL woman… 19 years after my mother!

In 1992, when he launched ANGEL Eau de Parfum, Thierry Mugler chose the French model Estelle Lefébure to be the face of this, his very first fragrance. Perched atop a New York skyscraper, wearing a black suit and enveloped in a blue muslin scarf, she began the saga that Jerry Hall continued in 1995, dressed in a silver gown, poised on the immaculate dunes of White Sands National Park in New Mexico.

In 1998, American-born Amy Wesson embodied a crystal angel echoing the most beautiful icon of all: ANGEL and its star-shaped bottle. Next, in 2003, was Hungarian-born Anna Maria Cseh’s dizzying portrayal, about to go over the edge, surrounded by the chaos of the night, fervently protecting her precious perfume. In 2006, the ANGEL legend continued with Italian model Bianca Balti, hypnotized by her own reflection after having put on the heady fragrance.

In 2008, ANGEL reconnected with its original magic in a contemporary fairy tale interpreted by American actress Naomi Watts. In 2011, a new angel appeared with the actress Eva Mendes, who personified all the facets of ANGEL’s sensuality.

I don’t know too much about Georgia May Jagger but I can obviously see she’s gorgeous and I think it’s pretty cool that she’s following in her mother’s foot steps. Hopefully she’s also carving her own way in the world though and not solely relying on her famous parents!