The Toronto International Film Festival (TIFF) may be over but I’m still swooning over the night I spent with the L’Oreal Paris team and the one and only Julianne Moore.

It was most definitely NOT a typical Monday night at Toronto’s posh Shangri-La Hotel. There was a buzz in the air…beauty bloggers, writers and editors from around the city all gathered in anticipation of L’Oreal Paris’ new launch introduced by the 53 (turning 54 this year) year old Julianne Moore.

First off, I’m going to start with some fun photos of all the excitement! 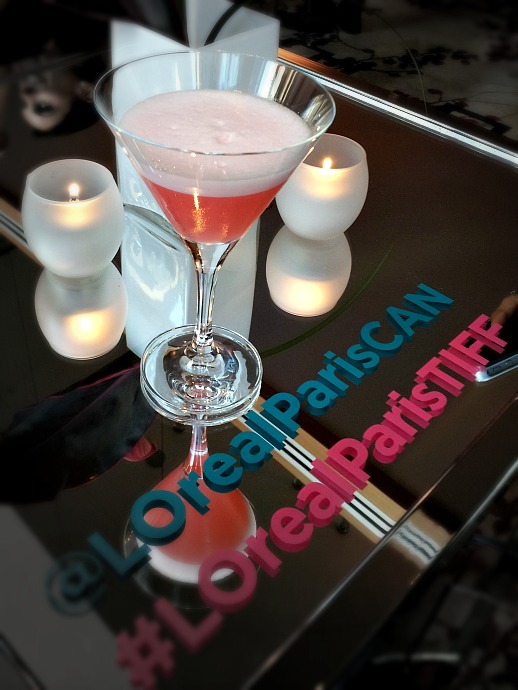 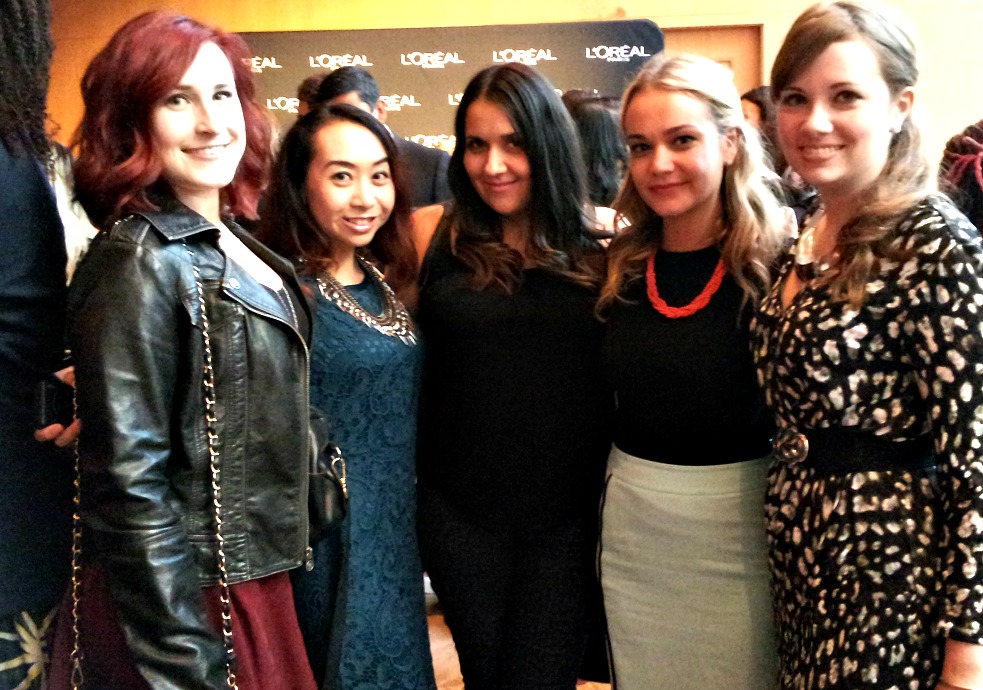 Hanging with blogger friends before the arrival of the guest of honour. 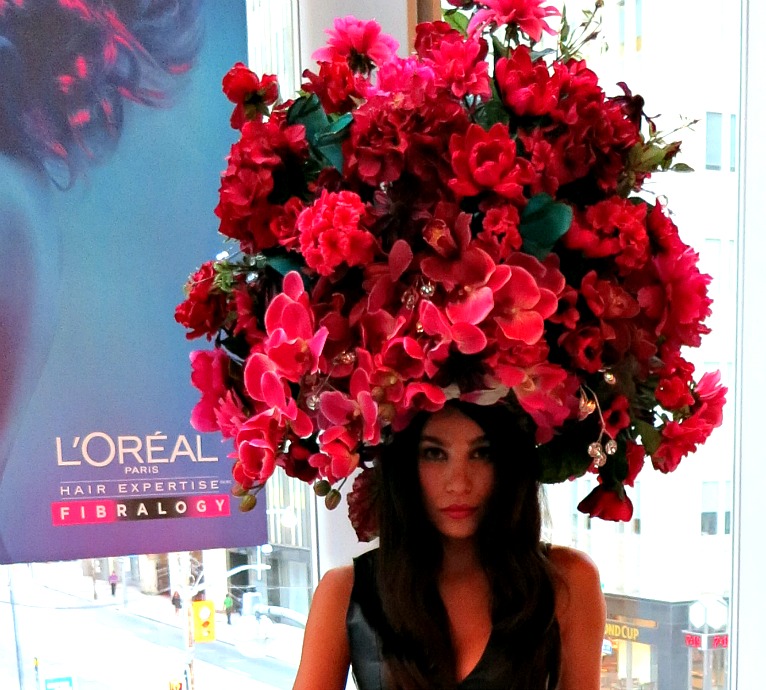 Model sitting pretty for the launch (I hope that hat of flowers wasn’t too heavy!)

When the gorgeous Julianne Moore walked into the room you could just feel the energy – the room was silent except for the sound of cameras clicking away and flashes going off. I was standing at one end of the red carpet which just so happened to be the end Julianne Moore needed to get to so she could say her speech – when she turned to look for someone to escort her to the podium I said “hi” and she said “hi” back: 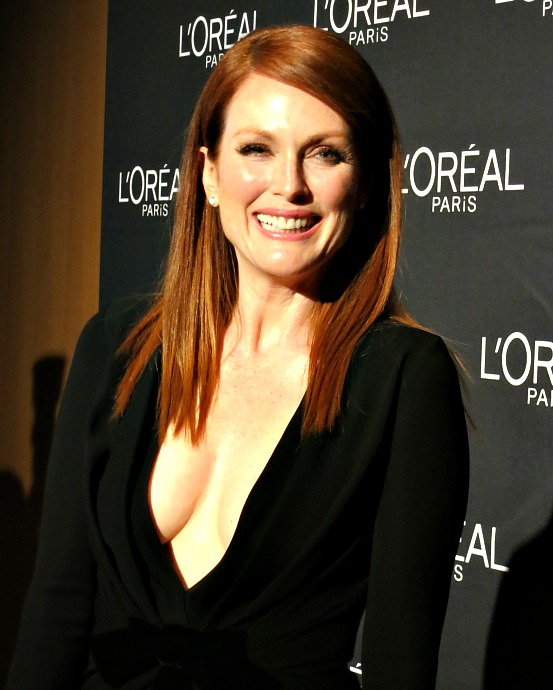 That’s when I snapped this gem of a photo. Isn’t she STUNNING?!? Seriously, flawless, glowing skin, perfect hair, cleavage I envy! Nothing but class exuded from this talented lady. 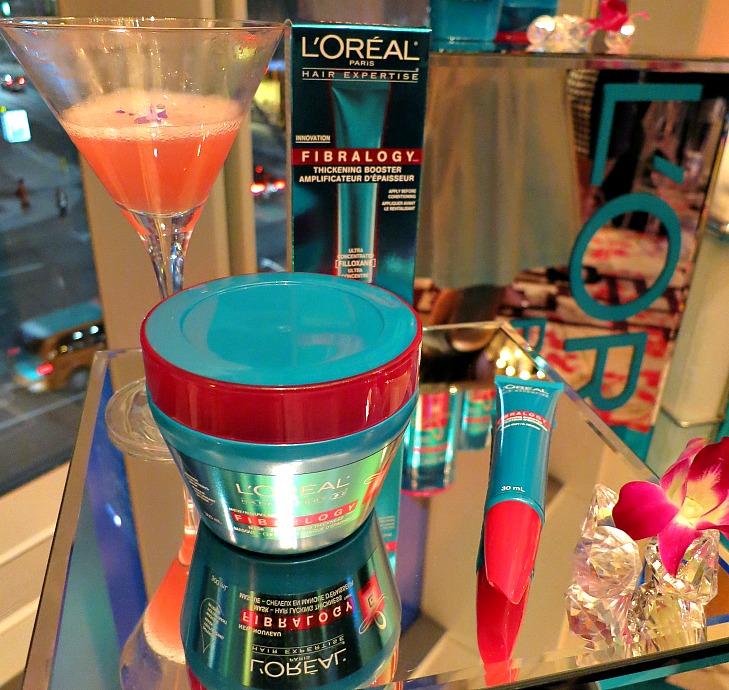 The other guest of honour of the night was the new L’Oreal Paris hair care line called “Fibralogy” which launches in Canada in January. This line is for ladies with thin hair. Promising to boost volume and hair’s thickness from the inside out, I know this line will be a hero to those I know who complain about hair loss over the years.

During Julianne Moore’s speech she spoke about how she was first in Toronto in 1986 and considered herself practically Canadian having worked in Toronto, Vancouver, Nova Scotia, Newfoundland and Waterloo. She mentioned that she loves working with L’Oreal Paris since the brand tells us ‘we’re worth it’ and inspires us to be more confident and to explore our potential. She also shared with us that she purchases her beauty products at airports and drugstores  and loves that L’Oreal Paris is so accessible to everyone.

She told the engaged audience to

“enjoy where you are right now in your life”

and how we exert too much energy in wishing we were younger or older;

“if you embrace where you are right now, you’ll get to experience it, because we’ll never have this exact moment ever again”.

I have to say seeing Julianne Moore up close and in person and having the honour of hearing her speak was definitely the highlight of TIFF for me this year. TIFF sponsor L’Oreal Paris did an amazing job as usual with all the TIFF festivities I was able to experience. I can’t believe it’s over but I can’t wait until next year!