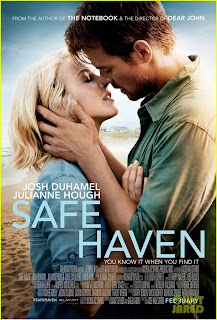 I was EXTREMELY lucky to attend last Monday’s Toronto premiere of the Alliance Atlantis romance ‘Safe Haven’. Boy, was it an experience!

Held at the Scotiabank Theatre in Toronto, I headed downtown straight after work, as there was a disclaimer on our tickets that it was first come, first serve. Luckily, there was nothing to worry about, and I ended up arriving an hour and a half before the show! If anyone knows me, they know how I’m rarely early, so this was a pleasant first for me.

The theatre set up a red carpet on the inside, with the screening theatre located around the corner. The red carpet was already crammed with ladies and reporters when I arrived. ET Canada, MTV Canada, KISS 9.25 radio, and many others lined the carpet – it was such an amazing experience to even be within the vicinity! I ended up standing right behind ET Canada, and I crossed my fingers hoping to get a glimpse of the gorgeous stars, Julianne Hough and Josh Duhamel!

By 7:20pm, the stars still hadn’t arrived on the red-carpet, so me and my mom (who I took with me) headed inside to catch our seats. We ended up sitting in the front – but to our luck, Julianne and Josh entered the theatre through the doors right in front of us! They were ushered into the theatre to quickly introduce the film. So lovely that they thought of us! 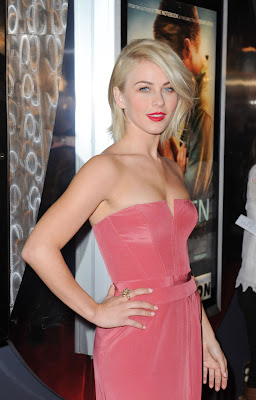 Julianne is perhaps the tiniest person I’ve ever seen, which she tried to camouflage by wearing 6 inch neutral Yves Saint-Laurent heels. Her pink strapless, tulip cut dress was by Zimmerman. A splash of red lipstick was her big pop of colour, while she left the rest of her make-up neutral. The only jewellery she adorned was a large gold Le Vian ring. 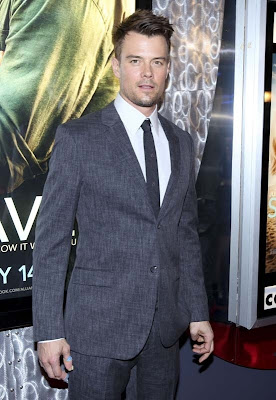 Do I really need to say anything about Josh Duhamal? The man is strikingly tall and handsome in real life. He towers over anyone in his presence! He dressed well for the premiere, donning a grey suit and grey shoes. Swoon.

“A young woman with a mysterious past lands in South Port, North Carolina, where her bond with a widower forces her to confront her the dark secret that haunts her”

The movie itself was better than I expected, and pretty good for a ‘romantic’ film. I’ve felt that some of Nicholas Sparks last outings were sappy, but this one rang true, and it incorporated many deep and dark emotions. I think that was the selling point for me – it wasn’t just a ‘boy meets girl’ story, it had deeper, emotionally charged elements that challenged the characters. The sparks between Julianne and Josh flew off the screen, and the scenery of South Port, North Carolina was an absolutely stunning backdrop. The flick is intense, and will keep you on the edge of your seat with some unexpected twists. Furthermore, there is an ending that will resinate with you even after you leave the theatre. It’s a perfect Valentine’s treat!

Check out the trailer below:

After the ending, Julianne and Josh were kind enough to re-enter the theatre and get up-close and personal with the movie-goers. They answered personal questions about the movie, about their motivation behind their characters (Julianne relied on past experiences, Josh tried to make a suburban dad stand-out), and their co-stars (the kids steal the show!). They also elaborated on their favourite book vs. movie scenes, which was a delight, knowing that they really did their research.

It was such an amazing night! Unfortunately, security was EXTREMELY tight, and all cameras and cell phones had to be turned in prior to the show. I’ve got no personal pictures myself, but I’ve still got the experience! Also, I will be re-watching the film to pick up on some of the subtle twists I missed – very intriguing!

So, will you go see Safe Haven when it comes out in theatres on Valentine’s Day? Tweet me your thoughts at @AshleyMcKernan, or email me at ashley@torontobeautyreviews.com!