Whenever I get together with my friend Liya she’s always taking me to new restaurant gems in the city. I received an invite to the Southern Accent Anniversary event but I was unable to attend but knew Liya would be the perfect person to go in my place! Check out her coverage of the 30th anniversary event + a book launch!

Markham Street is one of my favourite streets in The Annex neighbourhood in Toronto, and Southern Accent Restaurant  is definitely one of the best hidden gems of the area. Since it first opened in 1984, the restaurant has been offering tastes of New Orleans to Torontonians for the last 30 years. As an independent restaurant in a city like Toronto where things change all the time, being in business for 30 years alone says a lot about the food and experience that the restaurant provides.

I have been to Southern Accent numerous times and have always loved its cozy atmosphere and great food, so I was ecstatic when Elaine asked me to attend the restaurant’s New Orleans style party celebrating its 30-year anniversary and cookbook launch on her behalf. 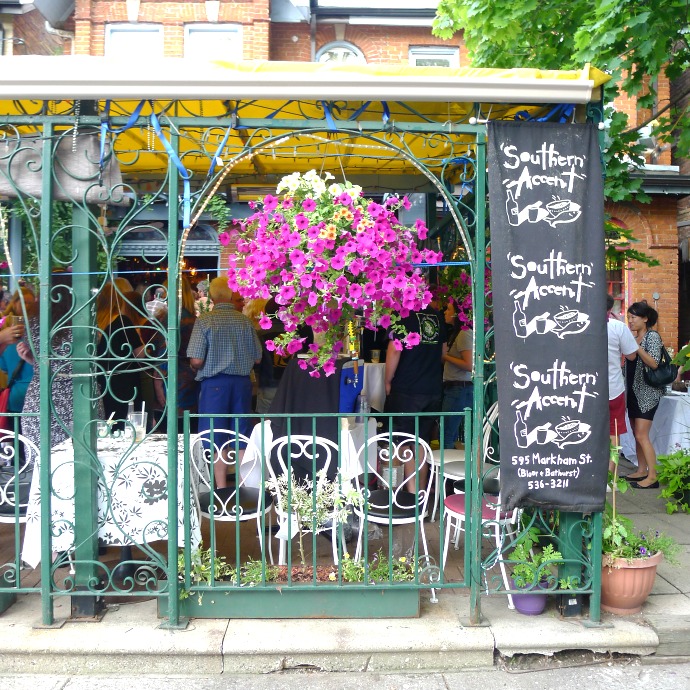 As soon as I arrived, I was greeted by a band playing cheery New Orleans music on the patio, along with Southern Accent’s famous Bourbon Sours: it was so delicious that I had to have a second one! 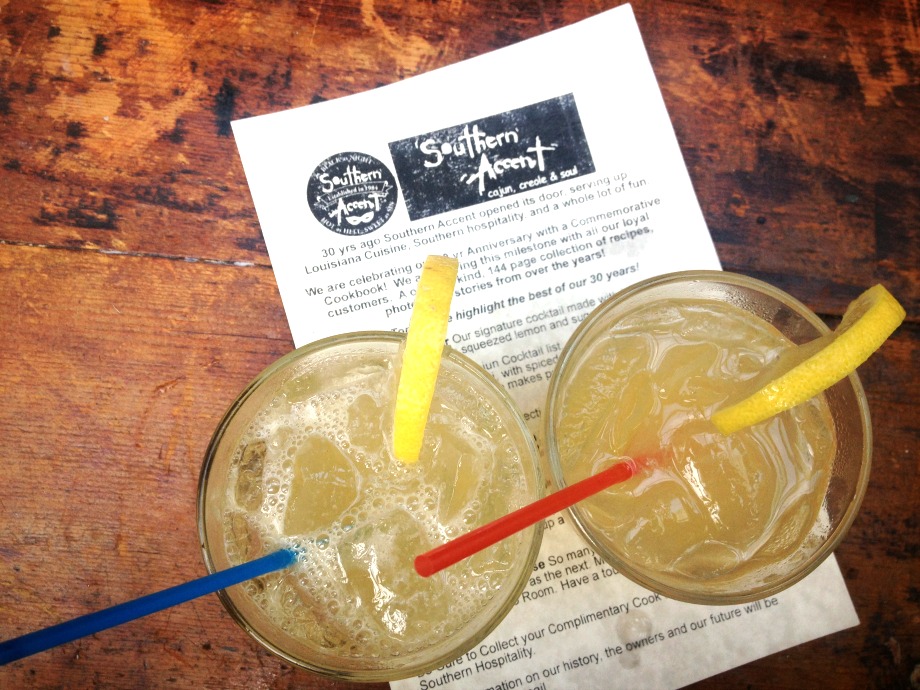 There were also Sangria and beers on tap for drink options, as well as fresh oysters. 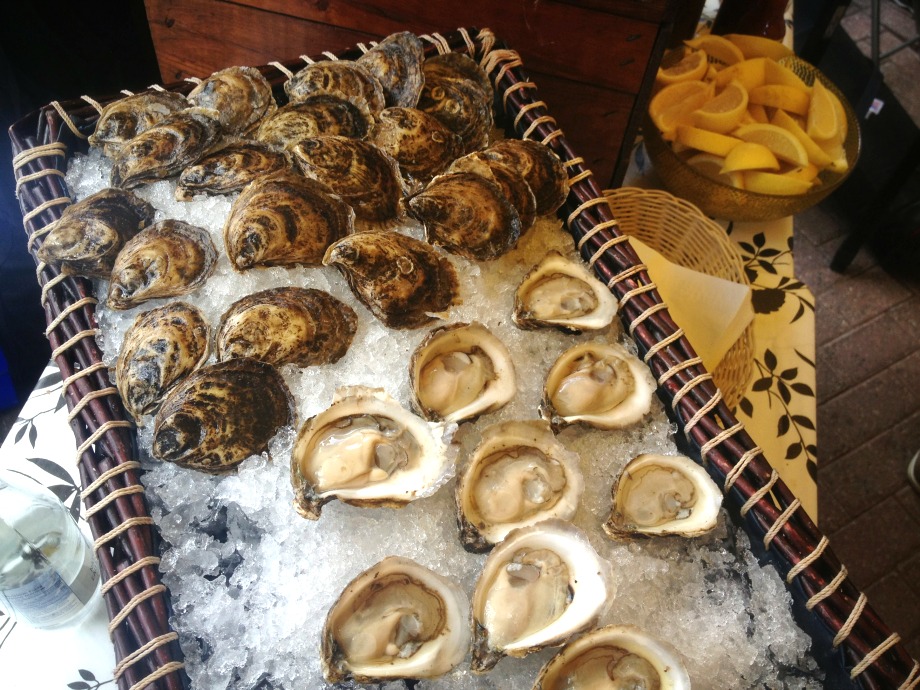 The food served included various tasty nibbles such as crab cakes and hushpuppies, as well as perfectly cooked Jambalaya which was made in a huge pan right on the restaurant’s patio. Then there were yummy desserts: Bourbon-glazed bread pudding and mini pecan pies! 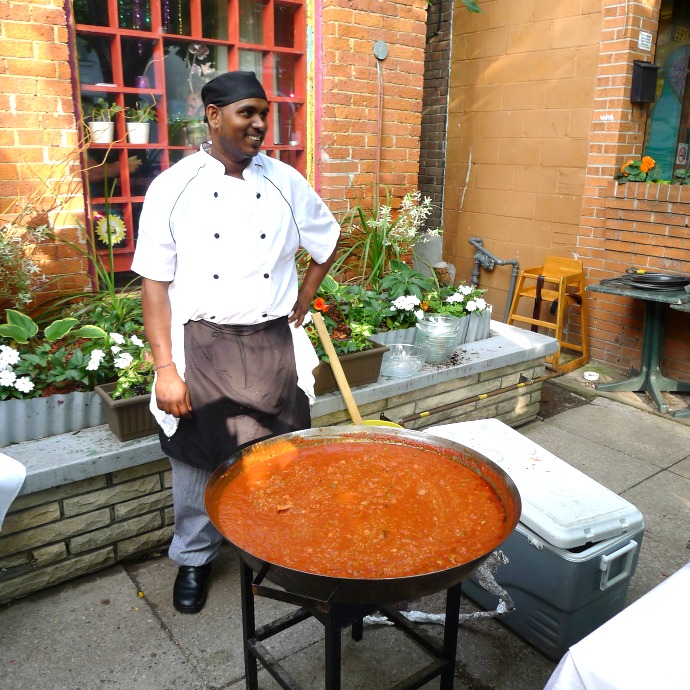 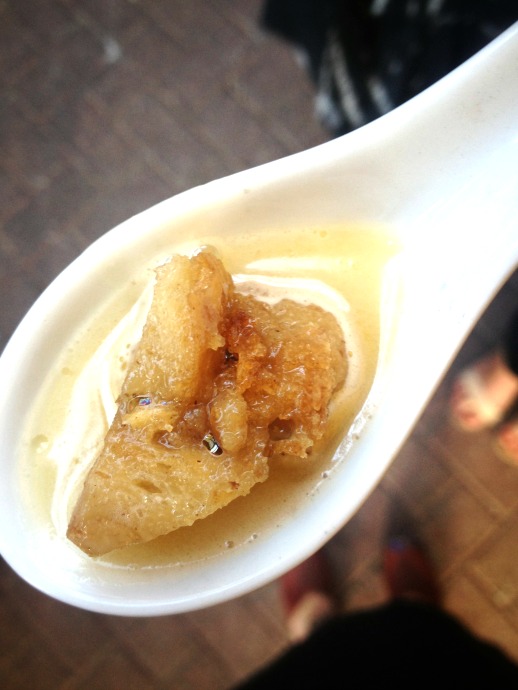 The Southern Accent Cookbook, written by the restaurant’s founder Frances Wood and chef/co-owner Thessavan Maniceavasakan, is a wonderful commemorative that tells the restaurant’s stories and memories, along with its famous, flavourful Cajun & Creole recipes.

Just like the cookbook, the evening was filled with so much wonderful Louisiana flavours and fun that I almost felt as if I was on a vacation!

So next time you are in Mirvish Village or The Annex area, be sure to check out Southern Accent for great food and fun times (plus of course amazing cocktails).

Liya is a Marketing/Communications professional working in the beauty industry. With a background in visual art, she is passionate about design, fine art, and all things creative. In her free time, you can spot her shopping for flowers, checking out restaurants and cafes, and working on her future travel plans while sipping a cup of coffee!